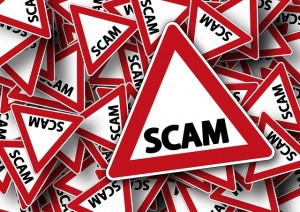 Here’s the BLUF (Bottom Line Up Front): DO NOT Pay upfront to be “accepted” into an “agency” or for representation.

This acting scam is so old I can’t believe the lines for it remain so long. The dream of acting stardom can be so intoxicating that it literally makes you a gullible target for scamsters

Here’s the line (usually in the form of an ad):

“Want to be a star??!! Come audition for the XYZ Talent and Model Agency! SATURDAY ONLY!!” Of course, your dream is so big that you think “There’s my chance!!” You go and “audition,” the “judges” hem and haw and tell you that although you are a little rough around the edges, “You’ve got the raw talent we are looking for!” You are thrilled! You’ve seen some of their “famous actor success stories” and now they’ve picked YOU!

And then comes the rub: In order to be “represented,” you need THE PACKAGE. The “agents” then proceed to sell you some concoction of headshot sessions, acting lessons, ‘guaranteed’ time in front of casting directors (usually in paper form), and “representation” by their firm.

The cost? It’s usually $2,500 or more. One supposed “non-profit” even charges $4995!! The bottom line, unfortunately, is that these people are not out to find talent and represent you in the industry. They are out to find gullible would-be actors (and parents) and bilk them for thousands. Many times, the actors don’t realize they’ve been taken until weeks later: no real auditions show up and certainly, no offers to star in anything ever appear (which honestly was never really promised in the first place). All they are left with is mediocre photos, shotgun acting lessons, and a lot of wasted time and energy.

Order our Acting Reference Guide. Easy to read. Bullet points. Resources. Companies to avoid. Download and access at any time.

Did the “agents” do everything they said they would do?

Theoretically, yes, which is why this scam is not illegal. They took your photos, sent them to casting directors (whose assistants likely promptly threw them out or deleted the email), and provided “acting lessons.” What they didn’t do is actually get you into THE industry – they got you into THEIR industry. These people give real talent agents a very bad rap. The scams come in all forms – as “talent agents,” “casting agencies,” or simply “Model and Talent” companies. Many even pay real talent agents big bucks to come to posh resorts to watch “showcases” of their talent. Some even think these showcases make them an “honest” business. Now, some might be reading this saying “There is nothing wrong with a company that makes money helping people get their start in the industry, provide them with good tools, and even put them in front of real agents and casting directors.” And that is true – to a point. The problem is, there is really no reason for it when you can do it all yourself and for a lot less than they will take from you! The main difference is they try to do it all in less than a month and drain you of thousands in the process. Point is, you can’t rush this and try to be an instant star. It just doesn’t work that way. And if you try to rush it, just know you are a likely candidate to be ripped off.

3 tips to avoid the ripoffs:

Remember the old cliche’, “If it’s too good to be true [like becoming an instant star in one month], it probably is.” Now that you’ve avoided the rip-offs, what now? Here’s my advice on Getting Started.

We’ve been receiving a lot of emails and comments about the legitimacy of specific companies. Unfortunately, we cannot validate every company in the US. We highly recommend you go to the SAG/AFTRA website and search for the company in question. Research is the key! 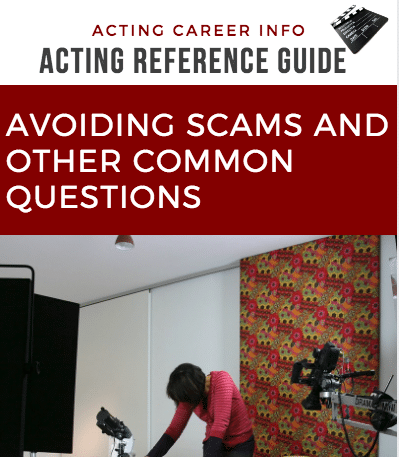 Due to the overwhelming response to this post and the hundreds of comments we’ve received, we have placed all the information in an easy-to-read, downloadable Acting Reference Guide.