What I discuss below about joining AFTRA now to get around SAG’s “Catch 22” eligibility rule is accurate and just confirmed by AFTRA board member and voice actor Bob Bergen (voice of Porky Pig). What I forgot to mention is that if you wait to join, it will cost you $3000, not $1600. Here’s what he posted on his Facebook page today (2/4/2012)!!

“Hi gang! I wanted to address something that a lot of you have been asking me regarding the new union. Many of you understandably have had a difficult time qualifying for SAG. Trust me, every SAG member has been there!

If you are AFTRA only, once SAG and AFTRA merge you will be a full member of SAG-AFTRA. If you are a member of neither union right now you might want to consider joining AFTRA ASAP. Initiation to AFTRA is $1600. Here is the AFTRA web page with that info: https://www.aftra.org/membersonly/general/newjoinlocal.aspx

Initiation into the new union SAG-AFTRA will be $3000. [emphasis by Larry] Plus, the new union will adopt the current qualifications we have at SAG. AFTRA is an open union whom anyone can join. Now, you are gold only if we merge. So please do all you can to spread the word to merge!

Here’s is the new website for SAG-AFTRA: http://www.sagaftra.org/ Read all the info, from the merger proposal, to the new constitution, the feasibility study done on behalf of our P&H, etc.

UPDATE!! —Especially important for actors in Non-Right-To-Work states (such as CA, NY, and IL!!)

What I thought was true. According to the new SAG-AFTRA Constitution, the existing SAG rules for eligibility will remain in place once the merger is complete! So, if you want in SAG-AFTRA without having to meet the “Catch 22” rule of first being cast in a SAG project, you must join AFTRA NOW before the merger is complete. AFTRA allows for anyone to join at any time. THAT IS GOING AWAY!

Here is the exact language on Membership from the proposed SAG-AFTRA Constitution: 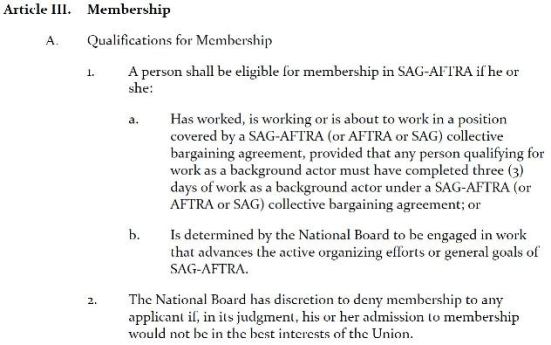 Here is a link to the SAG website that has a statement from the SAG and AFTRA presidents and the links to the full Merger Agreement, new Constitution, and the Feasibility Report of combining the health and pension plans of the unions: http://www.sag.org/sag-aftra-merger-documents-now-available.

I hope this has been helpful information for your career at a critical time in the industry.

You may have heard recently that the TV and film unions, SAG (Screen Actors Guild) and AFTRA (American Federation of Television and Radio Artists),  have reached an agreement to merge the two unions. For those of you new to the industry and aren’t aware of these unions, they are the primary film and TV actors unions out there. There is also a large stage actors union called AEA (Actors Equity Association) but that is not part of this merger.

For a long time, actors have joined these unions and had to pay separate initiation fees and separate dues, not to mention all the nuances of the different union agreements with the different production companies, different pensions, etc.  After a long history of talking about merging, it appears it is finally going to happen between SAG and AFTRA. For members of these unions, this appears to be a good thing for them. One union, one dues to pay, one agreement, etc..  Also, it will enlarge the union size to some degree and therefore increase its bargaining strength. 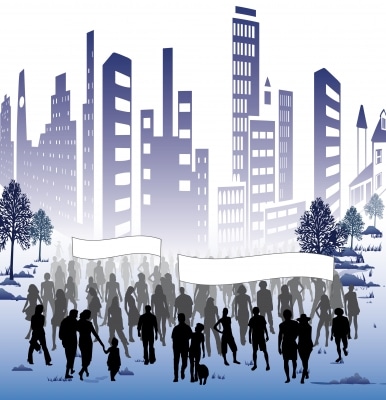 Now on to the URGENT INFO. According to Bob Bergen’s (AFTRA board member and voice of Porky Pig) Facebook page yesterday evening (1/27/2012), he reported “Spent the day in the SAG boardroom debating/voting on the SAG  AFTRA merger proposal.  It passed by over 87%!!!!  We vote tomorrow at AFTRA!  If it passes there it’s on to membership to vote!!  It’s merger time, baby!!!!  Good day for all performers!!!”

What does this mean for you?  Unlike SAG, AFTRA does not require any booking or performance in a union production to be eligible to join. Many actors out there have wanted to join SAG but can’t because they haven’t been cast yet in a union project.  This is especially true in all of the southeastern states like Georgia and South Carolina which are “Right To Work” states and have much more non-union work going on (and therefore a lot of non-union working actors). Non- right-to-work states require an actor to join the union if you are cast in a union production. However, you CAN join AFTRA any time you want, without any booking or performance requirements. The kicker – the cost! The initiation fee is $1,600 and minimum dues are $63.90 annually (dues increase for performers who make more than $2000 a year). So what does this have to do with the merger? Well, if you wanted in SAG and couldn’t join, NOW IS THE TIME. Obviously, if you join AFTRA (without any booking requirements) and it merges with SAG, you will effectively have joined both once the merger passes. I have not seen the agreement, so this assumption is dependent on the agreement not excluding recent joiners of AFTRA. Also, I do not know if the merger agreement will eliminate AFTRA’s ‘Join Anytime’ policy. If it does, and you haven’t joined AFTRA before the merger passes, and you don’t meet SAG’s requirement of booking a union job, you may be stuck without the unions until you do meet that requirement.

NOW, a little about unions…

Obviously, the issue of unions is a highly political and emotionally sensitive subject. Why? Because it deals with the issue of MONEY! So I’m going to do my best to remain unbiased in the discussion below. As always, I welcome your comments (please be courteous and civil with your comments). 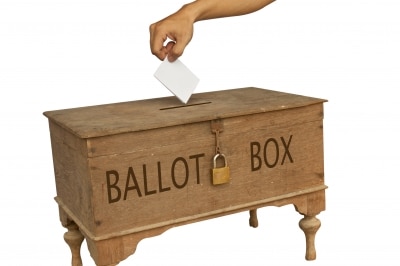 Unions have a long and storied history and have done many things for many people – both good and bad – depending on your perspective. Things like weekends, pensions, higher wages, and health care benefits are all things unions hail as banners of victory and their value.  However, the topic of unions can also conjure up images of corruption, escalating costs and inflation, and the impossible-to-fire deadbeat employee.  Whether or not you join a union is a personal decision that you must decide on your own (unless you do not live in a right-to-work state, in which case you are required to join if you book a union project).

One of the factors to consider is the location you are pursuing your acting career. If you live in a right-to-work state and you join the union before you have firmly established yourself in the market (i.e. there is sufficient demand for you that you are turning down jobs) , you may find that being a union member actually keeps you out of work.  This is because, once you are in the union, you are bound by the union contract to only work union jobs (unless you go “Fi-Core” – see below). This means that you cannot work any of the thousands of non-union projects that abound in right-to-work states. If you do not live in a right-to-work state (e.g. the LA, NYC, and Chicago markets), it is usually a much more cut and dry decision. If you book a union job, you must join the union. If not, then you don’t. The only question for you is do you join AFTRA right now before having booked a union job. That is up to you and the answer may change after this merger depending on whether the agreement maintains the SAG eligibility requirement of booking a union job.

I must report that many actors who have joined the union have since chosen to work on non-union projects. These actors are often referred to as “Fi-Core” (short for “financial core”). These actors are “Fee-Paying Non-Members” and, according to SAG, are no longer “considered” part of the union – although they technically are according to US Supreme Court. SAG’s statement on Fi-Core actors is pretty intense and doesn’t mince words. I told you this topic is emotional! But these actors are still entitled to the union agreement on any SAG production which is why they still pay the fee (and why SAG still takes the fee!). They just do not get any other of the union membership benefits like voting privileges and other perks that SAG offers only to full members.  Since pay rate and benefits are usually the most sought after benefits, this seems to be enough for Fi-Core actors. A more in-depth (and fair) discussion of Fi-Core is here on Wikipedia (be sure to scroll down to the “Impact” section that specifically talks about the acting industry).

Whew! Is your head spinning yet? Hopefully this post gave you the basic information you needed to consider how this SAG/AFTRA union merger will impact you and what action (if any) you should take.