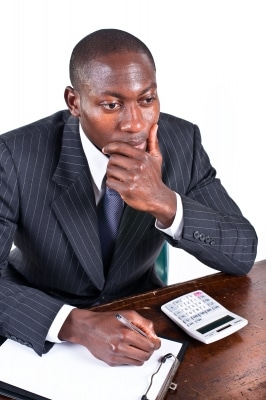 This is a very common cliché that can have a very negative connotation. Sometimes when you hear it, it may mean that you really stink at something and the critic is telling you to go back to what you are good at. If you hear it on an audition, well, then you might need a little work.

Acting as a Career

Becoming an actor is not easy for most people. It takes a lot of work, passion, and training. It also takes time. You need time to audition, time to take classes, time to shoot the role if you book a job. Many people don’t have that time because they have a life that requires a steady income.

Deciding to be an actor full-time is not a decision that should be taken lightly. The income is as irregular as the jobs. You may make a couple thousand one month and then nothing for several months after. A flexible day job is ideal, but not always possible. Getting into acting when you have a family makes it even more difficult.

When Larry first got back into acting, I asked a very important question, “When does one decide when acting is not working out?” I asked this based on history. When we were first married and very broke, he had an agent in Chicago. Larry did not get one.single.audition. Not a phone call. Nada. I think he may have done extra work for minimum wage for one job, but that is all. That is when he decided to put acting on hold and pursue other ventures in life.

Fast forward 15 years and we were in a different place financially and geographically. We had some money to invest into acting. He took acting classes, got headshots, hired a trainer and got fit. He followed the advice that his talent agent gave him and took classes by casting agents. He got to know actors that were booking regular roles and asked a lot of questions. He became a sponge and soaked up as much information as possible. He became a networking machine.

Fortunately, he has a day job that is flexible. He is able to adjust his schedule when a last minute audition comes up. Before each audition, he makes sure he is available for the shoot date or that his schedule can be rearranged. There are times he has to turn down auditions or jobs because the steady income comes before the irregular one.

Is this a bad thing? Not at all! Sometimes being an actor means weighing the importance of the role your are auditioning for and the income you already have.

How you go about your acting career depends on your situation. If you have a family, make sure you consider their opinions, thoughts, and feelings. You need to have the maturity to recognize when you need more training or when to call it quits.

An indication of your acting ability is how often you are booking roles or being requested for auditions. Becoming an actor does not just fall in your lap. No one is going to knock on your door and offer you Hollywood. You need to have the passion and love for acting that makes you want to learn all you can. Pursue that passion in your spare time without having to quit your day job.